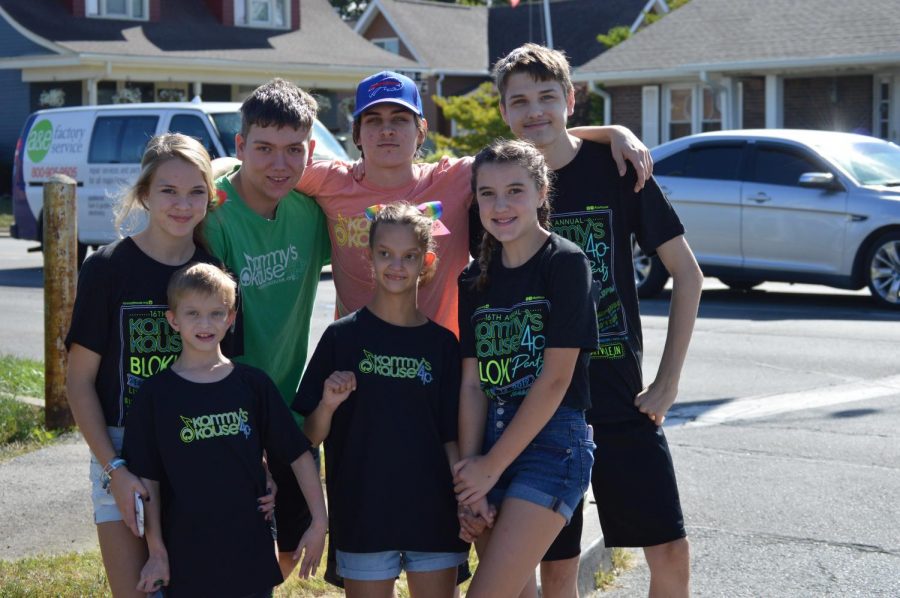 On September 14, 2019, there was an event held in downtown Fortville called Kammy’s Kause. Jared Hiner, father, founder, and president of the cause, has a daughter at Mt Vernon named Kamdyn Hiner. He started this fundraiser in 2004 because she was diagnosed 4p-, also known as Wolf-Hirschhorn Syndrome, which is an extremely rare chromosome disorder.

“Shortly after my daughter was diagnosed I discovered the 4p- support group online and joined immediately,” said Hiner. “Not long after joining, I recognized an enormous need for funding. The annual income for the 4p- support group was around $800 when I first joined. After learning this, I organized the first Kammy’s Kause in which raised $1,000.

“What started as an afternoon event with five local bands, 50 attendees, and my parents selling candy bars and sodas, has progressed into an all-day music festival with 14 local bands, thousands of attendees, Kammy’s Ride, Kid Zone, Silent AuKtion and sponsors throughout the Midwest. It never ceases to amaze me how the bands, volunteers, and families continue to support this event year after year.”

This year at Kammy’s Kause there was live music from over 10 local bands, a silent auction, art battle for kids and adults, Kammy’s motorcycle ride, a 100 mile ride to Main Street, and a kid’s zone. It lasted from 11 am until 10 pm.

“I like it because it is a lot of fun and there is always so much to do there and in the end I know I am supporting a really great kause.” stated Olivia Dueringer, 9.